An unlikely end to low pay

The latest round of pay statistics for Northern Ireland, the Annual Survey of Hours and Earnings was published yesterday. Looking at the headline statistics there are some positives, full-time weekly earnings were up 3.2% from 2018 or 1.2% when adjusted for inflation. On both counts this was marginally above the rate of increase for the UK as a whole and is the 5th consecutive year of wage growth in Northern Ireland. 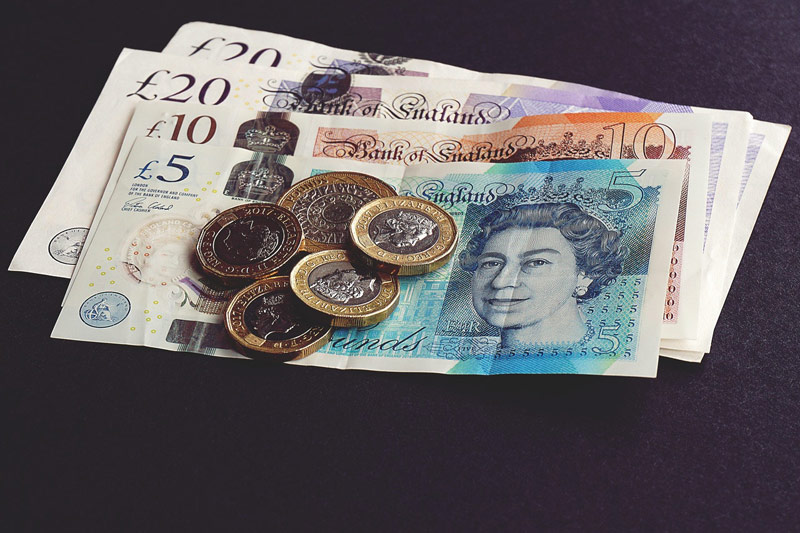 However, other findings within the survey appear more troubling. Northern Ireland has the highest proportion of jobs classified as low paid of all UK regions. Although the proportion is the lowest it has been in Northern Ireland for 20 years, over one fifth of all jobs earn less than 2/3 of the median wage. This is the OECD definition of a low-paid job and the most widely used measure. However, it is far from perfect chiefly because the 2/3 measurement is arbitrary and can move up and down for many reasons. For instance, if the median wage in the economy falls and all else remains equal, the number of people classified as low-paid will fall even though their pay situation may not have altered at all.

This definition of low pay matters for earners in the UK as it has become the central driving force behind government efforts to curb low pay. The ‘National Living Wage’ was introduced in the UK in 2016 and, despite its name, has nothing to do with calculating a wage that can deliver a decent standard of living. Instead it is presently calculated as an hourly wage equal to 60% of the median hourly wage. This is quite close to the OECD definition of low pay and the UK government has recently announced that it intends to increase the NLW so that it will equal to 2/3 of the median by 2025.

On the face of it this is a significant announcement and would see the NLW jump by 5% next year and around 4% every year until 2025. This would, in statistical terms, wipe out low pay. This may lead to a misunderstanding that all jobs in the UK will pay an hourly wage that can guarantee a good standard of living by 2025. Unfortunately, this will not be the case. 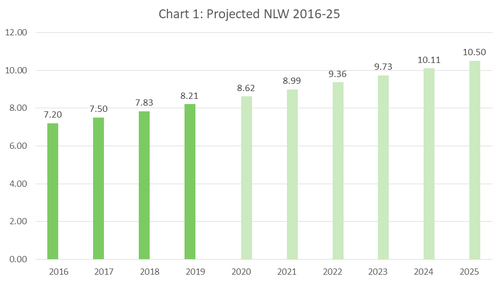 A better way to measure low pay is to look at the number of people earning below the Real Living Wage. Unlike other measures of low pay, the living wage calculates a threshold of pay that is necessary to provide a decent standard of living, and in 2019 it was £9 per hour. In Northern Ireland hourly wages increased by 2.5% in 2019 in nominal terms or just 0.5% when inflation is taken into account. The median hourly wage for all employees was £11.77 but 24% of workers still earned below £9 per hour. The incidence is much higher for female and part-time workers. 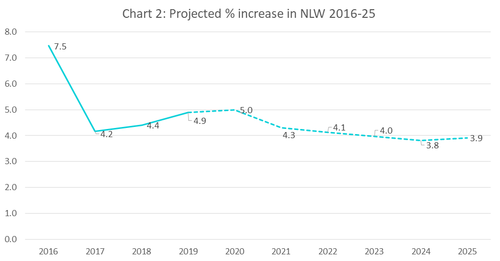 The good news here is that the number of people earning below the Real living wage has fallen from 28% in 2018 and much of this improvement is down to increases in the NLW having an impact further up the pay scale. This is an unavoidably welcome impact of the NLW. However, as Chart 2 shows the pace of increase in the NLW is not going to be as great as it has been in previous years. Also, when it reaches the 2/3 mark in 2025, subsequent increases will be determined by the pace of pay growth in the economy overall and are likely to be more of the order of 2-3%.

This means that all the NLW will succeed in eliminating one measure of low pay, but it will not succeed in eliminating low pay. The government would be better to focus on concepts such as the real living wage, but even then, that may not be enough to achieve this goal. The Real Living Wage is an hourly rate of pay. In order to achieve a decent standard of living a person has to have regular and sufficient hours of work. We know from research that unstable work practices tend to affect those already in the lowest pay brackets and so the ability of any centrally mandated wage to eliminate low pay is fundamentally limited.

Ending low pay is not something that is going to be achieved through one instrument or policy but requires a suite of rights in order to enable the workforce to achieve decent outcomes in their own circumstances.