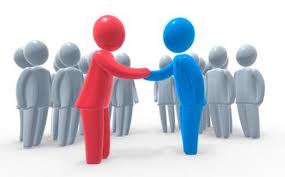 The Republic of Ireland's economy has been on a strengthening arc for the last four years with a narrowing output gap and GDP growth expected to exceed 4% in 2016.

The unemployment rate fell to 7.3% in November which is is less than half of the great recession nadir of over 15%. Total employment is still down 125,000 compared to 2007 but has increased steadily since early 2012 with almost 200,000 additional employments since the third quarter of 2012. Eight out of 14 economic sectors have now exceeded their 2008 levels in terms of total employment and employment is up in 11 sectors since 2012. Corporate performance in terms of gross operating surplus has been gradually improving since 2009 although recent data is hard to interpret given the problems with the national accounts.

What hasn't been increasing to any great extent is wages. Growth in real compensation has been running close to zero in recent years. Average weekly earnings are on a mildly upward trend. Even so, real average weekly earnings are broadly unchanged since 2008. Private sector earnings increased by 1.8% between third quarter (Q3) 2015 and Q3 2016 and have been growing at an average rate of 1.1% over the last five years. Sectoral performances have varied and weekly earnings have fallen in the accommodation and food sector (mainly private sector) over the last five years as well as in the education and health sectors (both mainly public sector).

Average hourly earnings have been basically flat for the last five years. Average hourly earnings in Q3 2016 (€21.55) are actually marginally down on Q3 2011 (€21.60). Private sector wages have increased from €19.01 to €19.77 over the five years - an average increase of just 0.8% per annum with a 0.9%. increase in the last year. Hourly wages fell in 4 of the 14 sectors in the last year and are also down in 4 sectors over the last five years - including in the worst paid sector (accommodation and food services).

Labour cost growth in the European Union has been slowest in Ireland, Italy, Cyprus and Greece since 2012 with hourly labour costs in Ireland broadly unchanged since 2010.

The weakness of wage growth can partially be explained by a slack labour market. Ireland still has one of the lowest job vacancy rates in the EU and a rate that is only marginally better than that of Greece and Spain. Total employment is still below pre-crisis peak levels in 6 of the 14 sectors.

The economy is recovering. So when might workers expect to share in the recovery through higher wage growth? I anticipate that the labour market will gradually tighten over the short-to-medium term and that unemployment will continue to fall over the next two years. This will improve the relative bargaining position of labour and should manifest in the form of wage increases. If this scenario prevails it is reasonable to expect faster wage growth in 2017.

In the longer-term the baseline expectation is that nominal compensation will increase in line with inflation. Consumer inflation is likely to average close to the ECB target of 2% over the medium-term and the Department of Finance estimate that the personal consumption deflator will average 2.1% over the 2017-2019 period. In addition, improved labour productivity should be compensated through real increases in hourly pay. Irish productivity figures tend to be unreliable due to the influence of multinational tax planning activities. However, labour productivity has averaged close to 1.5% in the advanced OECD economies since the second world war and this seems like a reasonable baseline even though productivity growth has been somewhat slower in more recent years. The Department of Finance project labour productivity growth of 1.4% in each of 2017-2019.

A baseline expectation for wage growth on an assumption of no change to employment composition may therefore range somewhere between 3% to 3.6% with additional upward pressure arising from the tightening of the labour market. Clearly there will be substantial sectoral heterogeneities. Another factor to consider is whether or not the labour share of income is low relative to other advanced economies given the structure of the economy.

After years of wage stagnation 2017 might well be the year when wage growth returns with a bang.

You can find a recent presentation incorporating some of these facts here.