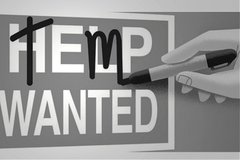 There is no accepted definition of what exactly constitutes precarious work. Precarious work takes many forms and is characterised by in-work poverty as well as the insecurity related to the nature of many types of employment contracts (part-time work, temporary contracts, agency contracts, bogus self-employment etc.). Often, multiple forms or categories of precariousness apply to an individual’s working situation.

Several recent papers have found evidence of a decline in the traditional full-time permanent job in Ireland over recent years and identified growth in several at-risk categories of precarious employment. These include an increase in atypical employment, growth in the share of employees on variable hours,  an increase in involuntary temporary and involuntary part-time employment (in particular among young workers and low-skilled workers) and rising precariousness in certain sectors and for certain demographics.  Others found little evidence of growth in contingent employment, another at-risk category related to temporary employment.

Although some categories in Irish employment have returned to pre-crisis levels (such as the share of temporary contracts), most remain elevated relative to the years leading up to 2007/08.

There is also evidence of growing barriers to full labour market participation more recently due to caring responsibilities at home, a burden shouldered overwhelmingly by women. The trend is likely a function of excessive childcare costs, which is making work unviable for a growing share of second earners and single mothers.

We offer evidence of a possible structural change to the Irish labour market over the past decade or so with specific attention given to younger workers. The data show that workers under 30 are more likely to be in precarious forms of employment than pre-crisis and that improvements in labour market conditions for young workers has been relatively slow over six or seven years of uninterrupted economic growth.  Several indicators suggest that the initial improvements in labour market conditions have stalled over the past two or three years, suggesting that this higher share of precarious working conditions for young people is a new normal. Transition rates from part-time to full-time employment and from temporary to permanent contracts are not only low in Ireland relative to most other EU countries, they have not improved in line with other labour market indicators over the past six or seven years.

The analysis also links seven categories of worker (split by permanency of contract, full-time/part time status etc.) to two in-work poverty indicators: material deprivation and the ability to afford an unexpected expense. A person experiences material deprivation if they cannot afford two or more out of eleven everyday expenses, such as a winter coat or second pair of shoes. The unexpected expense ranged from €875 in 2006 to €1,000 in 2016. The data show that the share of workers in deprivation is higher in every category (including for full-time permanent workers) than before the crisis and other than for one category (temporary full-time workers), the same can be said for those who would be able to meet an unexpected expense.

Broadly speaking, in-work poverty and the share of workers in medium to high-risk categories of precariousness are higher in the Irish labour market today than in the years leading up to the financial crisis.