New labour market figures: Employment and average wages up, but many left behind

In this week's blog, Ciarán Nugent looks at the new labour market figures from the final quarter of the 2019 Labour Force Survey (LFS)  and the Earnings, Hours and Employment Costs Survey (EHECS) that were releases by the Central Statistics Office over the past week. 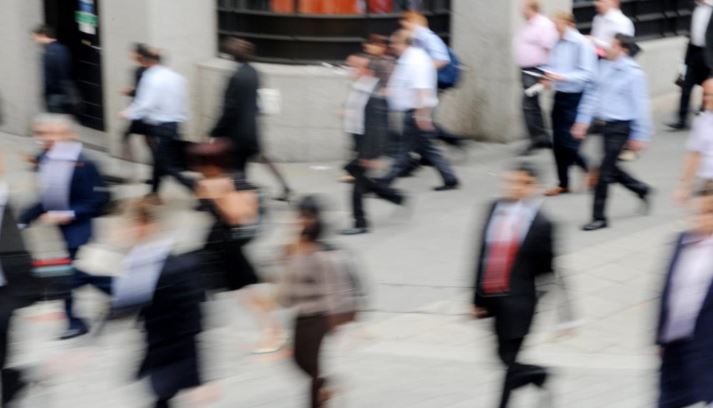 Quarterly results from the Labour Force Survey (LFS) and Earnings, Hours and Employment Costs Survey (EHECS) were released by the Central Statistics Office over the past week or so for the final quarter of 2019. The headline figures show that employment continues after six or seven years to climb and that average earnings growth has finally picked up over the past two years or so. Scratching the surface however, it is clear that a large share of the new employment is precarious in nature, that the distribution of the gains of recent years has been unequal as some groups are left behind.

Over the past year, the number in employment is up across 12 out of 13 sectors and weekly and hourly wages are up in 12 out of 13 sectors. Unemployment is down for the 30th quarter in a row and is now close to the historic lows of the Celtic Tiger era. Average weekly and hourly wages went up in the last year by 3.6% and 3.5% to €24.17 and €783.62. The Consumer Price Index rose by 1.1% over the same period translating to gains of 2.5% and 2.4% in real terms, respectively.

One would expect the government in office for 16 out of 16 quarters of strong employment growth and the last year or two of strong wage growth to retain their seat share in the Dáil, at the very least. So, why the collapse in the vote for the incumbent Fine Gael-led government?

One area of interest in explaining the 2020 results is labour market conditions for younger workers and the quality of the new jobs on offer.

This issue does not get the attention it deserves.

Post-election analysis shows a strong relationship between age and voting decision in 2020: older voters tended to vote more for Fine Gael, Fianna Fáil and continuity, and younger ones tended to vote for change, turning out in bigger blocs for Sinn Féin, the Greens, S-PBP and the Soc Dems. We have seen similar stories playing out in the UK and US, among others.

The difference in outcomes for younger workers as the country has emerged from the recession, in their working conditions and the sufficiency of their wages, is likely one of the major reasons for the increased vote share of parties promising change. The headline employment figures mask big differences in the experiences of different groups in the Irish economy. What the headline figures don’t show you is that for younger workers, employment and working conditions have not recovered from the financial crisis and in lots of respects are actually worse than they were at the turn of the century two decades ago.

Young people in employment are more likely to be in some form of precarious or ‘atypical’ employment (anything that’s not a secure, full-time job). For instance, 38% of the new jobs (about 30,000) this year were part-time compared to about 20% in the economy overall. About 16% of workers under 30 worked part-time in 2006 but 30% did in 2019. That figure has even increased slightly since 2017.

The share of part-time workers who are underemployed (who would prefer a full-time job but can’t find one) is still much higher than before the financial crisis. This is also more common among younger workers. The figure hasn’t really improved over the last year either (108,500 – 108,400), which you would expect given the other positive trends in employment. Workers in this situation experience higher levels of in-work poverty and financial insecurity. The evidence shows that the share of this category of worker that have difficulty affording basic necessities is much higher than before the financial crisis and the share who feel that they couldn’t deal with an unexpected expense of €1,000 is also still way up.

About 1 in 10 workers in Ireland are on temporary contracts, but for under 30’s, it’s more than 1 in 4 (26.2%). Back in 2006, this figure was just 12% and more of these workers were comfortable with their temporary contract. The number of those on temporary contracts who would rather have a permanent job is almost twice as high in 2019 (43,500) than it was in 2007 (21,600). This category of worker also has high levels of in-work poverty and financial insecurity. Temporary contracts are getting shorter too with over half of them less than 12 months in duration in 2018 compared to just over 1 in 5 in 2007.

Average weekly and hourly wages may have gone up in the last year by 3.6% and 3.5%, but rents rose by almost 4% (unfortunately the EHECS data does not provide a breakdown of wages by age group). Average weekly wages in the final quarter of 2019 were still just 7.8% above the last quarter of 2008 in real terms, 11 years previous. Average rents were 35.9% higher over the same period and 44% higher in Dublin (average rent is now €2,052 in the capital). The NERI have published several reports on housing affordability and wage sufficiency in the Irish labour market, problems which are actually getting worse, with no end in sight.

Continued rises in rent disproportionately effects not only young workers, but those in the lower-income brackets and semi-skilled or manual professions who at this rate, will never be able to afford their own home. This group also turned out to vote in similar patterns to young voters. Examining wage growth by occupational classification, often used as a broad proxy for socio-economic groups and based on skills level, it is clear that since 2010 (the earliest estimates available) growth has been heavily skewed towards the group at the top of the income distribution. Average weekly earnings for Managers, professionals and associated professionals have increased by approximately double the amount of the other two broad groups in that time at 20.8%, compared to just 9.9% for Clerical, sales and service employees and 11.2% for Production, transport, craft and other manual workers. Average weekly earnings for the top group were at least twice that of both other groups at €1,297, €523 and €526 in the third quarter of 2019, respectively. To put that in perspective, the average worker from the middle skill group, would only be eligible for a €95,000 mortgage given current central bank rules. A 10% deposit of €9,500 is not easy to save for in Dublin if the average rent on your one-bed apartment in Dublin 7 is €1,669 or 73% of your earnings!

In the context of continuing rising rents (not to mention excessive childcare costs), wage growth has not been sufficient to raise the standard of living of young workers, semi-skilled workers or manual workers. We have seen this in elevated levels of material deprivation and financial insecurity for most categories of workers. These groups are taking home less money to pay for higher rent, if they can afford it at all. Young workers are less likely to have a permanent employment contract, without which it is extremely difficult to get a mortgage. Recent figures show nearly half of all 25-29-year olds lived with their parents in 2017, up 11 percentage points over a decade. People are buying houses and forming families later than they could in the past, and not voluntarily. Wages for semi-skilled and manual workers as they relate to current prices are simply not sufficient to hope to own a home one day.

Strong economic growth is no substitute for policies that lift living standards. Decent and stable work that can pay the bills and support families should be the explicit goal of any government and campaigning on a platform to make that happen for younger Irish citizens would surely be a winning electoral strategy.

Tags
Employment and Future of Work
Wages and Incomes