Over the last number of weeks there has been increasing discussion over what the United Kingdom’s immigration policy will be once it leaves the European Union. Despite playing a disproportionately large role in the debate at the time of the referendum, the issue of immigration has since taken a back seat to the more mundane technicalities and mechanics of trade policy.

What we do know is that the current government’s plan is ‘to end freedom of movement’. When taken in isolation, such a simple statement can sound rather alarming. It is quite important to deconstruct what this statement means.

The government also stress that they intend to guarantee the rights of those EU nationals already within the UK, although such plans have been accompanied by very little detail. Moreover, we are assured that Irish citizens will continue enjoy the right to live and work in the UK, guaranteed under the Common Travel Area.

What do these policy assertions mean for the future? Well, since the Conservative Party Conference last month, the government has gone further and said that EU nationals will no longer be given preferential treatment for immigration purposes. Someone from France wishing to come and work in the UK will be treated just the same as someone coming from India.

One could say that ending preferential treatment for EU arrivals could enable a more open and efficient immigration policy, but that does not appear to be the current policy trajectory. The UK government have now signalled that it is their intention to end ‘low skilled immigration’ and to favour more highly skilled immigrants. There are several problems with this assertion.

Firstly, if you think about it, what the UK government is essentially saying is that its ok for foreign nationals to come here and work in high skilled jobs so long as we keep low skilled jobs for UK nationals. This seems like an odd ambition to have for the UK workforce but the more serious problem lies with how they’ve come to define skills.

They haven’t talked about restricting entry to university graduates or a system which favours those with registered trade qualifications. They have sought to define skill level by how much the job that you will get pays. Once again there are several problems with this proposal.

Firstly, what might be defined as a low wage in London could easily be defined as a medium to high wage in Northern Ireland. Such arbitrary targeting could have quite different impacts regionally. Secondly, it is quite a leap to suggest that wages in the economy adequately reward the skill level of the job being done or indeed the skill level of those doing the job. In so many cases, we assume that if a job is low paid, it must be low skilled.

The care sector is often cited as one of the areas of the economy most exposed to reduction in the number of migrant workers. Some people believe however that restricting immigration is a way to boost wages in such a low paid sector. This is a seductive notion, but a flawed one.

By this logic, if the numbers of migrant workers are reduced, the care sector will be forced to offer higher wages to induce more UK nationals to work in the sector. This incorrectly assumes that anyone could do this job so long as you offer them enough money.

In reality many of the lowest paid jobs are highly skilled and most of us, myself included, wouldn’t last five minutes in these jobs. The problem is that the economy just doesn’t seek to value those skills appropriately. It is also no coincidence that the skills we choose not to value are usually confined to jobs carried out predominantly by women, with the care sector as a case in point.

Raising wages and valuing skills in these sectors is an important issue and a constant struggle. It will not be achieved by reducing the numbers of people willing to work in the sector. It will be achieved by organising the workforce so that it can bargain for itself and make the economy recognise its skills.

Finally, the idea that immigration policy should set an arbitrary limit for either skills or earnings is also highly suspect. Immigration is beneficial to an economy, not least when there is a mismatch between supply and demand in the labour force. Immigration allows an ebb and flow which prevents the economy from experiencing shortages.

A sensible immigration policy allows for those gaps and mismatches to be ameliorated. Arguments about the pay of workers have never been more important, but they are not an immigration issue. 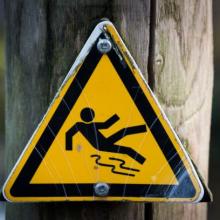 The Perils of Revenue Raising

The return of a Northern Ireland Executive… 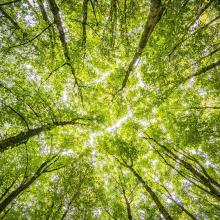 Marshalling funds for a Just transition

The global shift to environmental… 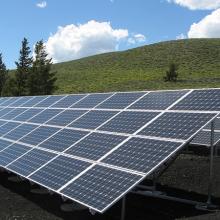 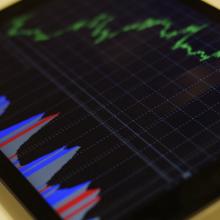 NERI Outputs and Prospects for…

One of the new output types is an…