Outlook for the Irish Economy: Trends, Projections and Storm Clouds 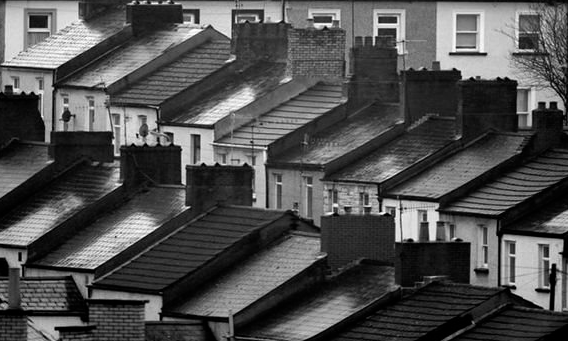 In recent years Ireland’s headline national accounts have become increasingly distorted by multinational activity. Indeed the distortion is now so pronounced that it has become difficult to interpret Ireland’s economic performance and cyclical position using aggregate indicators. Even so, it is clear that the real economy has been growing strongly despite Brexit related headwinds and the fall in the value of Sterling. Year-on-year personal consumption grew by 3% in real terms in 2016 while investment in dwellings and building and construction grew strongly with construction sector output up 11.4% in real terms in 2016. Agricultural activity also grew strongly at 6.4%. Activity indicators such as retail sales have been performing well.

Recent labour force data has been very positive. Net employment grew by a robust 2.9% in 2016 with end-year total employment reaching 2,048,100. Even so employment is still over 100,000 below its 2007 level. Unemployment and long-term unemployment are on steady downwards trajectories. The fourth quarter seasonally adjusted unemployment rate fell year-on-year from 9.1% in 2015 to 7.1% in 2016, and then fell again to 6.6% in February. There is significant regional variation with unemployment highest in the South-East of the country.

The NERI’s current projection for the economy is very positive, albeit there are a number of storm clouds on the horizon. We expect the size of the economy measured as GDP to increase by 3.8% in real terms in 2017 before slowing to 3.0% growth in 2018.

Domestic demand will drive the bulk of this growth. Personal consumption should grow strongly on the back of very robust employment growth, increasing wage and income levels, and continued improvements in household wealth and debt dynamics. There is also significant scope for catch-up growth in underlying investment given the persistently low levels of investment in recent years and the expected increase in housing output.

The outlook for trade is uncertain given the volatile policy environment and the outsize impact of a small number of multinationals. Brexit effects could manifest as weaker foreign demand while changes to US policy could affect the scale and type of economic activity undertaken by US multinationals in Ireland.

Total employment should continue to grow strongly for at least the remainder of 2017. We project unemployment will fall to 5.8% by the middle of 2018. Growth in average hourly earnings should accelerate in response to the tightening labour market.

There are always major uncertainties inherent to our projection. For example, recent political developments in the US and the UK have added to the uncertainty surrounding economic policy and prospects in these countries. Upcoming elections in a number of European countries have the potential to produce similar shocks.

The impact of a Trump presidency on Ireland is difficult to assess. Fiscal stimulus will boost growth in the US as well as demand for imports. However, tightening US monetary policy should dampen demand. In addition, a move towards protectionism and/or a significant change in corporation tax policy both represent significant downside risks to the Irish economy.

Brexit will exert a negative effect on the economy. However, the scale of this effect is impossible to quantify as it is an historical evident without clear precedent. In any event we expect the bulk of the negative impact on Ireland to manifest in 2019 and 2020 reflecting the worsened trade relationship. In the interim we anticipate that some investment decisions will be delayed. A further weakening of Sterling would damage Irish exports and negatively impact on retail sales in the Border counties. Sterling is likely to weaken if the probability of a hard or contentious Brexit is seen to increase. At any rate the fluctuations in the Brexit process should manifest as increased exchange rate volatility.

A tightening of euro area monetary policy would reduce internal and external demand and could be particularly problematic for the Irish economy given the still-high private and public debt overhangs. Monetary tightening seems unlikely in the short-term despite the improving outlook for the euro area economy.

Finally, Ireland is an energy importer and a faster than expected rebound in energy prices would negatively impact on corporate balance sheets and investment as well as on real household disposable incomes and personal consumption.

The outlook is good for now but storms are on the way.