Low-hanging fruit: realising the potential of solar power in Ireland 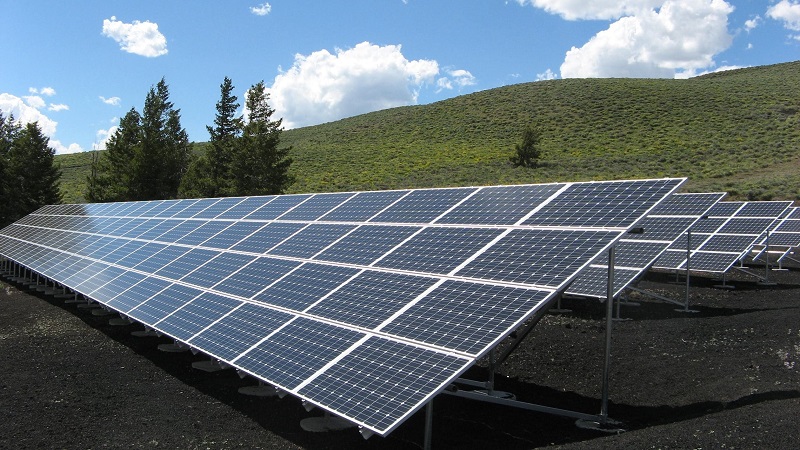 I’m just back from a trip to Germany over the holiday period. I could not help but notice solar panels, everywhere. At scale in fields, on every farmhouse roof, on every other residential building and every other factory. From Austria to France.

Ireland has a ‘late-mover’ advantage in solar energy. As my colleague Paul Goldrick-Kelly and I note in our upcoming long-read, the price of solar generated electricity has fallen dramatically over the past decade as the technology has developed. The cost of producing energy from utility-scale solar plants has fallen by 86% since 2009 with one megawatt-hour of solar electricity produced for around €45. The equivalent cost for electricity production using coal is around €90. Somewhat surprisingly, conditions in Ireland are conducive to solar generation, especially towards the south and south east of the island. Increased solar photovoltaics (photovoltaics refers to the conversion of light into electricity) capacity would naturally complement wind energy generation, as the ideal conditions for solar generation tend to happen in periods of low wind energy production.

Solar PV can be deployed quickly relative to other technologies both at scale in solar farms and for micro generation by firms or households. Other countries have installed significant ground mounted projects in the space of several months. For instance, China doubled its solar capacity in 2016 and Kamuthi Power station in India took just 8 months to construct. It provides energy for 750,000 people and is the largest solar plant in the world. So why is it that Ireland seems to be so far behind?

One issue is the delay in the introduction of a new energy auction system. The lack of clarity from government has been an impediment to private developers and has even caused delays for projects by approved electricity providers, some of whom are farmers. The ESB are in the initial stages of developing solar farms at scale and are currently developing a number of them together with Bord na Móna. Recent NERI publications have argued for state-led investment to accelerate this roll out through existing semi-states.  Bord na Móna and ESB, with the direction and support of the State could accelerate the deployment of solar PV at scale.

Micro-generation with solar panels is also relatively uncommon in Ireland. Solar panels cost between €3,000 and €10,000, depending on a range of issues. In 2017, 41.5 percent of Irish households could not afford to meet an unexpected expense of €1,000 (Survey on Income and Living Conditions 2017). The share of Irish households for whom this type of investment would be attractive with the associated long-term return is low. Again, an appropriate level of state-led investment is key to promoting widespread take up. Government could contract the ESB to install rooftop solar as part of a public deep retrofitting programme of the social and public housing stock. An appropriate feed-in-tariff (to shorten the time for a return on the initial solar PV investment), higher grants or both would spur demand for lower to middle-income households and SME’s for whom the up-front costs of installation are prohibitive. The Scottish government, who have quite successful in laying the groundwork for widespread take up, provide interest free loans for households to install solar panels and other energy efficiency measures.

Such supports would be particularly attractive for public buildings, which tend to consume most energy during sunlight hours (an issue for domestic take up, as battery storage technology to use the energy after peak hours is expensive). Higher grants for schools for example, which tend to have large roof areas and use most of their energy during the day, could spur take up. A regulatory framework that allow producers to sell excess energy back into the grid could create independent revenue streams that could support school facilities. With solar feed-in-tariffs, special subsidies or reform of CAP at EU level, farmers would also have incentive to switch the use of some of their land to solar PV production. In the absence of a feed-in-tariff, government could investigate ownership models where the semi-states retain ownership of the technology and firms, households and public institutions rent out the location for solar panel installation. Tesla have recently announced a rental scheme for their new solar panels due to low sales.

A recent report from KPMG estimated the potential cost of feed-in-tariffs under various levels of policy support and found the state would also benefit significantly from support for solar PV generation. Given relatively modest tariff supports, the government could collect €0.8 billion in tax revenues. Ireland could also develop complimentary capacity and employment through the supply chain in solar PV energy generation in areas such as Research and Development, Design, Maintenance and Software Support. It estimated that, under their modest support scenario, the cost would reach a maximum of €60 million annually (amounting to revenue of approximately 1 per cent of domestic retail prices). In various scenarios considered in the report, the aggregate levy never exceeds €100 million. The report estimates that between 2017 and 2030 solar energy production in the East and South of the country could return between €1 and €3 billion in gross value added to the Irish economy depending on the level of support provided. Support equal to the PSO levy for Peat (2018) could generate as many as 10,900 jobs nationwide.

Bord na Móna, in addition to its own land banks, could utilise particular advantages in the Midlands in this respect, including favourable levels of solar energy and the availability of additional cheap land relative to urban areas. This could present a considerable opportunity for Bord na Móna Powergen to invest in high value activities with considerable employment potential for existing workers and new employees. ESB workers in Moneypoint and in the Midlands, should be supported by the state to upskill for redirection in the acceleration of solar PV, either at scale or for micro-generation on public buildings, houses and farms.