The link between union density and fighting climate change 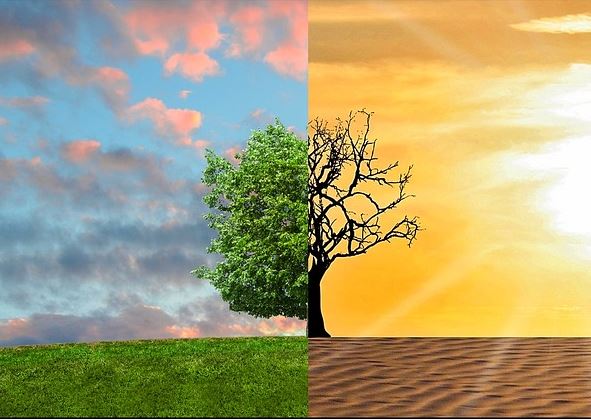 The collective challenge we face from human induced climate change cannot be overstated. Meeting this challenge will require decisive action by countries all over the world. The IPCC’s recommendation of a 45% reduction in global emissions over 2010 levels by 2030 to mitigate the worst effects of climate change implies substantial social and economic changes globally.

International experience and best practice should guide us in designing policy to curb emissions. A recent paper by Huerta Alvarez and colleagues suggests that the influence of organised labour relates positively to lowering emissions and bolstering this influence could be one such avenue to explore.

The authors use data for the 34 member states of the Organisation for Economic Coordination and Development (OECD) between 1970 and 2014 to investigate the link between union membership rates and carbon emissions per person. They find a negative association between carbon emissions and the percentage of workers in trade unions – that is, higher unionisation rates are associated with lower emissions. This relationship held even where other relevant variables are included in the model, such as GDP per capita, urbanisation rates and the percentage of workers employed in industry.

This supports various theories, which suggest that unions resist more energy (and carbon) intensive production, support environmental regulation to protect workers and resist “the treadmill of production” by redirecting surplus resources to social needs and benefits rather than business expansion. As the authors put it:

Unions and environmentalist organizations have a common struggle in fighting the excesses of the global capitalist system…[U]nions can act as propellers of changes in environmental practices through political advocacy and collective bargaining agreements.

This work and a growing body of international literature suggest that moves to environmentally sustainable practices are not opposed to the interests of workers, but complimentary. Indeed, while opposition to greener policy is often framed as “jobs versus the environment” a number of international analyses indicate that we stand to gain from a transition to a green economy in employment terms. A recent ILO report estimates that moves to environmentally sustainable practices will lead to net gain of 18 million jobs.

This is not to say however, that some workers won’t be disproportionately affected by these efforts. These workers should be protected through explicit efforts from government with the active participation of trade unions. Policy should ensure that options are available to workers through income supports, extensive retraining, active labour market policy and investment. This is tied to the principal of a Just Transition, which states that workers who are asked to disproportionately shoulder the costs of climate action must be supported.

This is particularly true where the share of carbon intensive jobs is higher in more economically deprived areas. A move to a more sustainable economy should not leave areas that are already underserved to bear the brunt of any transition. Union involvement should ensure that new jobs are decent jobs and collective bargaining institutions should strengthen environmental protections in other jobs, which may not be lost, but will still require significant changes to working conditions and job tasks.

Irish policy to date has not been sufficient to curb our emissions. EPA projections based on current policy forecast increases in carbon released into the environment between 2019 and 2030. The projections imply Ireland’s emissions will be nearly double the level implied by the 45% reduction required to limit warming to 1.5 °. This target may even overstate permissible emissions, if global emissions have to fall by 45%, reductions should be concentrated in the most carbon intensive nations which tend to be the wealthiest, rather than the low emitting states of the global south. The extent of the crisis we face, and Ireland’s responsibility demand we utilise all of the tools available to us. This includes a substantial role for organised labour.