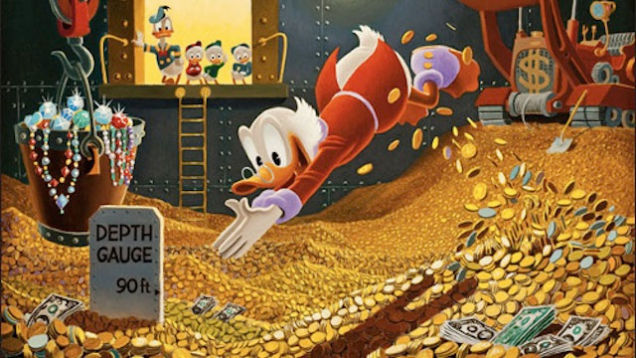 2017 promises to be a year of change with Brexit and Trumponomics gathering pace with diffcult to predict outcomes. One thing remaining constant is that the fiscal space available for Budget 2018 will remain tight and that discretion for current and capital spending increases and tax cuts will be limited. The fiscal council estimate that the carry-over cost of measures introduced in Budget 2017 is €650 million and that this will absorb over half of the estimated €1.2 billion of fiscal space in 2018. This at a time when the population is growing and spending on areas like housing, productive infrastructure, R&D and third level education are already low by European standards.

In this context its worth noting that the European Commission's recent softening of its institutional stance towards fiscal expansion does not apply to Ireland as the Commission's official position is that the Irish economy is already overheating. The Commission also point out that future tax cuts are going to make it difficult to address infrastructure bottlenecks and fund measures to boost the long-term productive capacity of the economy.

In 2013 I considered the viability of introducing a net wealth tax in Ireland along with the implications for vertical and horizontal equity, for economic efficiency and growth, and for savings and potential capital flight. There are a number of practical questions that have to be answered including the treatment of debt, valuation of assets, interaction with other taxes and so forth.

The objective of a wealth tax are to raise a meaningful amount of money for the exchequer and reduce economic inequality. At the same time it is important to minimise administration and compliance costs and minimise perverse incentives and other economic distortions. In addition, the example of water charges highlights the need for broad public support if a wealth tax is to be sustainable.

I argued that the tax structure most compatible with the core policy objectives was a wealth tax with zero or very few exemptions and reliefs, a high threshold of liability, and a flat marginal rate that is set at a low level.

At the time we did not have good data on the distribution of wealth in Ireland. The potential yield from a net wealth tax will ultimately depend on the degree to which wealth is concentrated in the right hand tail of the population.

Even so, I argued that a yield of 0.1% of GDP was very much compatible with a threshold of liability for net wealth set at €1 million and a wealth tax rate of 0.6%. I estimated that such a threshold would mean a liability for 1% to 2% of Irish households.

The CSO's Household Finance and Consumption Survey (HFCS) subsequently provided us with distributional data for 2013. The top 10% of households were found to own over half of all net wealth (53.8%). Tom Healy discussed this data here and it was the subject of an NERI seminar in 2015 given by Reamonn Lydon of the Central Bank. Unfortunately we could not get access to the underlying data.

The ESRI/Department of Finance used micro-data from the HFCS to generate revenue estimates under a wide range of estimates on how a net wealth tax might be designed. Looking at wealth taxes in other countries they present a range of yields (Table 6) from €22 million (French system) to €1,28 million (Swiss system - St. Gallen). A 1% tax in Ireland on all net assets would yield €3,781 million.

The broad structure I proposed back in 2013 of a high threshold and no exemptions would yield €248 million (Table 7) if applied at 1% (the threshold used in their paper is very high at €1 million per household - double if married - and an extra €250k per child). By way of comparison Capital Acquisitions Tax yielded €279 million in 2013. We can safely assume the yield from a wealth tax would be higher in 2016 as aggregate net wealth has increased in the intervening period.

While such a net wealth tax would obviously only affect very wealthy households (the top 1.5% of households) the ESRI/DOF paper suggests that a high threshold/no exemption structure would take 61.4% of its revenue from the highest income decile (Table 14) and 93.1% of its revenue from the top half of the income decile. The overall structure is not fully progressive but clearly the bulk of the revenue would come from higher income households.

A net wealth tax raising €250+ million would certainly not transform the public finances but it would provide extra resources to boost the productive capacity of the economy (through extra resources for education/infrastructure/R&D), or alternatively extra resources to deal with the ongoing crises in housing (at least 1,250 housing units per annum).

A net wealth tax should at least be on the policy agenda in 2017.