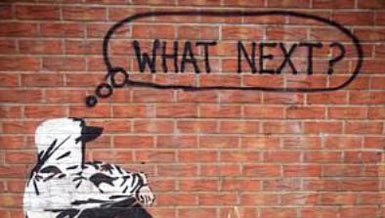 A Eurobarometer poll of 16-30 year olds in 2016 found that 68% of Irish respondents felt excluded from economic and social life by the crisis compared to 57% in the EU as a whole and 27% in Germany. Although in some corners these concerns are likely to be dismissed as the whining of a spoilt, apathetic and lazy generation, addicted to PlayStation and terrible music, these concerns are borne out by the stats.

These trends persist despite the fact that according to the latest figures Ireland’s unemployment rate has not been as low since the second quarter of 2008 and Ireland is now in the better half of Eurozone performers in unemployment. These figures are also particularly stark considering the numbers of young people who have emigrated over the past decade as well as the fact that there have been a record number of enrolments in Irish third level institutions over recent years.

For those in employment, figures show a widening of the intergenerational gap in working conditions over the past decade as more and more of the employment available to young people is low-paid and precarious.  As of 2015 (the latest year for which data are available), 20% of workers under the age of 30 are in part-time positions they would rather trade for full-time jobs. This compares to 9% of workers between 30 and 65 (who are far more likely to be employed in the first place).

There has been a significant rise in temporary employment contracts for younger workers (from less than 15% of jobs in 2004 of jobs to 21% in 2015). The rate has actually fallen slightly for older workers in the same period.  Almost two thirds of those young temporary workers would rather have a permanent job but cannot find one, amounting to around 13% of all workers in this cohort (for workers over thirty this figure is closer to 3%).

Young Irish workers are also relatively more precarious than other groups in terms of supports for unemployment or underemployment having had unemployment benefit cut to about 55% of the standard rate during the recession. As a result, the bargaining position of these younger workers is diminished, making them more likely to accept lower pay and conditions. This low rate makes independent living impossible and likely acts as a barrier to gaining employment for many young people, especially from rural areas who have no prospect of moving to a city in search of work or even saving enough for flights to emigrate.

These trends are also reflected in the changes of earnings. According to the CSO, the average weekly earnings of 15-24, 25-29 and 30-39 year olds all fell between 2011 and 2014 whilst they rose for those 50-59 and 60 and over. Indeed, young workers are much more likely to be in material deprivation (measured as individuals who cannot afford two or more of a list of eleven basic goods from a winter coat to a night out once a fortnight) than other workers. 21% of young workers fall into this category compared to 16% on average for all workers and 17% of female workers. This consumption measure gives us more of an understanding of poverty levels to complement headline income figures. For instance, income levels may not have fallen significantly in recent years but rents have risen significantly (young people are far more likely to be in rental accommodation) such that it is more difficult for renters to afford basic items and a subsistence standard of living without a corresponding rise in income. The latest CSO figures on home ownership also support the contention that the gap between young and old has been increasing over recent years. In 1991, a majority of Irish citizens over 26 years of age owned a house. Today, only a majority above 35 years of age are homeowners.

Most of these trends have changed little since Ireland ‘turned the corner’, or at the very least, they are improving at a slower rate for younger citizens. These figures support the contention of many commentators that a disproportionate burden of the adjustment of austerity was borne by younger Irish citizens and also reflect an inequality in the distribution of the gains from recent growth in employment and the wider economy.