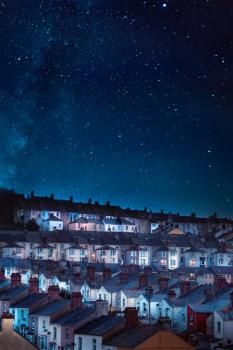 The national median disposable, net or after tax wage has increased by just under 8% since 2012 (now at €2,087 p.m. approx.) whilst the take home pay of a full-time minimum wage worker has increased by about 10% (now at €1,490). The most recent reports by daft.ie show an almost 60% rise in average rents across the country and 40% growth in asking prices for residential properties in the same period.  The biggest increases have been in the Dublin area, followed by Cork and Galway.

These developments have obvious implications for the standards of living of employees, especially those in rental accommodation. In addition to the regional component, growth in housing costs have important distributional implications as some sections of society benefit at the expense of others.  Current trends disproportionately affect young people and those in the lower end of the income distribution (those more likely to be renting), as a higher proportion of their disposable income is eaten up by price increases. Higher rents also further diminish the chances of saving for the minimum required deposit to buy a property.  This has resulted in a 91% rise in the amount of young people recorded as homeless since 2012, twice as many adult children living at home as in 2006 (460,000 in 2016) and the average age of a first-time buyer rising from 29 to 34 in the same short period. In 2015 the deprivation rate (a consumption based poverty indicator) was still more than three times the rate for workers as it was in 2007 (16.4% compared to 4.9%).

The rise in these costs has implications for every other sector in society in that it lowers demand for goods and services elsewhere as people prioritize the fundamental need to put a roof over their head. This affects sales in the local shop, pub or restaurant, business for taxi drivers and car dealers as well as demand for extracurricular activities for children such as sport clubs or music schools. By extension, this impacts on the decisions of these businesses to hire new workers, to give wage increases or to invest more generally. Similarly, this redistribution of resources affects Ireland’s ability to attract multinationals, the lynchpin of our development policy for the best part of four decades. Higher rents mean higher wages to pay to highly skilled and highly mobile workers.  Recruiters are pointing to growing difficulty in attracting foreign talent for key industries due to the current problems in the housing market and the additional wages that would have to be paid to make up for excessive rents.

A new paper by the Nevin Economic Research Institute shows rent and asking prices in relation to the wages of a selection of representative workers. The analysis found that a full-time minimum wage worker spends 35-48% of their take home pay on a double-room in shared accommodation anywhere in Dublin.  The cost of renting a one-bed apartment in Dublin 2 (€1,668) is over 70% of the monthly median net take home pay of an Irish worker (€2,087) with prices in Dublin 1, 7 and 8 and South Co Dublin broadly similar. In practical terms, 50% of Irish employees would have €170 or less left a week after rent to pay for food, transport, utilities, clothing, health and a pension should they rent a one-bed apartment in any of these areas.  In Cork, though rental prices are not as high, a full-time minimum-wage worker would still have to spend 56% of his/her after tax wages on renting a one-bed, leaving just over €150 a week for the rest.

As a rule of thumb, economists and financial experts recommend that housing should not take up more than 30% of an individuals or household’s net income. Judging by this metric, renting a two-bedroom apartment in most areas in Dublin is unaffordable for two workers earning the median wage, with prices particularly prohibitive for younger workers. Indeed, it is clear that this really is a Dublin problem, though the other cities are by no means cheap.  Taking a three-bed as the minimally adequate size, there is nowhere in the Dublin area where two full-time minimum-wage workers could hope to raise a family without significant state intervention. In Dublin 8, the average 2-bed apt/house would cost over 50% of the take home pay of two minimum wage workers and €185 more than in 2016, a full 20 hours’ worth of wages. It follows that a four-bedroom house is even further beyond the reach of most wage earners.

Central bank rules state that the maximum allowable mortgage loan is 3.5 times the annual gross income (before tax) of the applicant, with some exceptions. The paper calculates house price to wage ratios in Dublin and shows that successfully applying for a mortgage to buy a one-bedroom apartment for the median Irish wage earner anywhere in Dublin is not currently possible without some other income stream.  Two employees earning the median wage would be eligible for a loan of up to €238,000. Assuming that this couple has managed to come by the minimum deposit of 10% or €23,800 it leaves them with a maximum house price of €261,800 and priced out of the market for three-bed semi-d’s in Dublin 1, 2, 3, 4, 5, 6, 6W, 7, 8, 9, 11, 12, 13, 14, 15, 16, 17, 18, 20, 21, North Co. Dublin, South Co. Dublin and West Dublin.

It is no surprise with these figures that the Central Bank found in 2014 that over 50% of homes purchased were paid for with cash. These trends also have the consequence of increasing inequality and negatively impacting social mobility as low-income workers with no additional source of wealth, for example from parents who can act as signatories on a loan or gift a deposit, cannot hope to escape from excessive rents through homeownership (no matter how early in the morning they get up), whilst those that do, can.

There is no reason at present to expect these trends to be dealt with by our present government given recent commentary on the matter and it is very likely to continue getting worse over the next number of years. Getting worse for young and low-income workers that is.