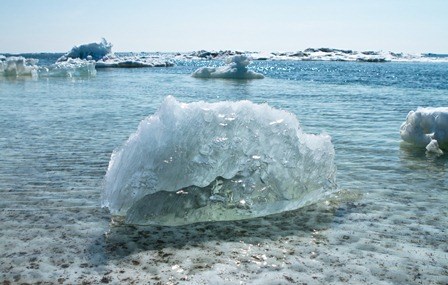 The Climate Change Performance Index: Results 2019 makes for concerning reading from an Irish perspective. According to the report, Ireland remains the EU’s worst performer in the composite index.

The report’s authors note that “existing climate mitigation efforts will not enable Ireland to achieve either its EU 2020 or 2030 targets domestically” and that Ireland has failed to implement “substantive measures to put the country on a well-below-2°C pathway”. This is particularly alarming in light of the IPCC’s report outlining the implications of over 1.5°C warming – targets reflecting this boundary would imply more stringent limits to carbon output than agreements to which Ireland is a signatory.

The report identifies programmes and reliefs that encourage environmental damage broadly defined, such as pollution and environmental depletion. The paper points to significant explicit and implicit expenditures that encourage carbon emissions by way of fossil fuel use. In 2016, the report estimates that some €2.5 billion in subsidies and foregone tax related to preferential treatment of some fuel types supported fossil fuel use.

The government spent approximately €534 million on direct supports for fossil fuel use in 2016. Three programmes accounted for the vast majority (93%) of expenditure: The Public service obligation levy to support electricity generation from Peat and Social Protection programmes in the form of Electricity and Fuel allowances.

However, the larger part of government supports for fossil fuel use – and implicit subsidisation – occurred through exemptions in the tax code. The government levies lower excise on Auto-diesel, Marked Gas Oil, Kerosene, Aviation fuel and fuel oil than it does on unleaded petrol. If the state had levied the same excise on these fuels in 2016, the government would have collected close to €2 billion extra in tax. This is over 3% of the total tax take in 2016.[1] If rates of excise reflected the amount of carbon in these fuels, additional revenue would have been higher.

These expenditures and reliefs constitute a contradiction within our policy system. While the government levies taxes and provides subsidies to support more sustainable behaviour, policy that supports fossil fuel use is at odds with this policy goal.

This may be related to a lack of coordination in this space across government policy as well as political economic realities. For example, while state measures may support fossil fuel use, these programmes may have equity dimensions. For example, over 380,000 households spend more than 10% of their disposable income on energy costs and are thus in fuel poverty. This is related to the poor energy standards in many Irish residences and buildings.

That said, these facts should not constitute a block to more environmentally sustainable policy. Household energy use and subsequent costs could be alleviated more efficiently through investment in deep retrofitting for homes. A deep retrofit from a D2 to an A BER rating with a heat pump could save a three-bed semi-detached household as much as €1810 annually on energy bills and reduce emissions by over 90%.

Similarly, a move to subsidised electrified public transport powered by renewable generation could reduce the need for environmentally damaging subsidies for diesel and offer Irish residents attractive transport choices. The government should consider expanded public transport that is free at the point of use as a move to reduce car use and alleviate transport costs.

The move to energy efficient buildings and extensive green public transport among other measures are not likely to take place in the absence of an ambitious programme of public investment to lead the change. Government can and must direct the money it currently spends supporting fossil fuel use alongside other resources to tackle the challenge of climate breakdown. The commitment to greening policy should extend to how the government evaluates the value for money of programmes and incorporate the long-term costs of inaction.   The effort must incorporate all levers of policy and all departments to effectively coordinate the needed response.  Time is ticking.