Evidence of persistent precariousness in the Irish Labour Market

In this week's blog, Ciarán Nugent looks at trends in indicators of precarious employment and suggests that recent improvements may belie hidden precarity. 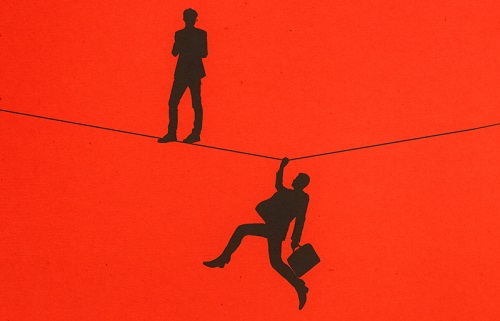 The Labour Force Survey (LFS) is a large-scale, nationwide survey of households in Ireland, designed to produce quarterly labour force estimates that include the official measure of employment and unemployment in the state. The Survey on Income and Living Conditions (SILC) is the official source of data on household and individual income in Ireland. The survey collects details of around 15,000 individuals or 4 to 5,000 households by age, gender, economic status, occupation, work contract, hours of work, sector of employment, poverty, financial insecurity and satisfaction with various elements of everyday life, among other things. Two recent NERI reports examine a selection of indicators from both datasets related to precarious working arrangements and in-work poverty.

Growth in some indicators of precarious work predate the crisis (part-time work for example). Increases in others accelerated during the financial crisis (temporary employment for instance). Similarly, rates of precariousness along most indicators began to decline after 2011/12 with general improvements in the wider economy. Evidence suggests however, that improvements in some forms of precarious work have either slowed considerably or settled at levels higher than before the financial crisis notwithstanding successive years of strong economic and employment growth.

This has meant higher shares of some forms of atypical employment in new employment and for younger workers.

Though the shares of the main headline indicators of precariousness (part-time and temporary employment) in employment have all-but recovered to pre-crisis levels the evidence points to a deepening precariousness within these groups of workers.

For instance, the latest Eurostat figures (2019 Q3) show the rate of part-time employment to be 19.6%. This compares to 16.4% in Q3 2004 and up slightly from Q3 2018 (19.4%). The estimated share of part-time workers who would rather have a full-time job but can’t find one is about 50% higher in 2019 than 2007. In our recent working paper, Sineád Pembroke, Michael Taft and I show that underemployment is associated with one of the highest deprivation rates (the deprivation rate for this group is still higher than pre-crisis) and financial insecurity of any category of precarious worker.

This rate increased sharply between 2008 and 2013 from 14% to 44%, recovering again with the turnaround. The most recent estimates show that the share of these precarious workers remained unchanged at 21% of all part-time staff between Q2 2018 and Q2 2019, a year of strong employment and GDP growth. In addition, in our paper, we present evidence of a rise in marginal part-time work (< 20 hours a week). The share of workers in material deprivation is among the highest for this category of precarious worker.

In addition, the share of employee temporary contracts lasting a year or less has increased significantly, with most of this growth occurring in the most recent years. In fact, the estimate of the share of short contracts for temporary employees increased from 43% in 2017 to 54% in 2018, having already identified a sharp trend upwards between 2016 and 2017. This signals rising insecurity for temporary workers, making planning for the future more difficult. An estimated 22% of temporary contracts were for a duration of a year or less in 1998. The latest data also show that the share of involuntary temporary work is still much higher relative to the Celtic Tiger years.

This growing precariousness may help to explain some of the evidence from the SILC of elevated in-work poverty rates associated with these workers.

The SILC provides a number of key poverty indicators, such as the ‘at risk of poverty’ rate, the consistent poverty rate and rates of enforced deprivation. These poverty indicators can then be measured by different categories of employment. The 2017 round of the survey shows that deprivation rates for 7 out of 7 categories of worker (broken down by permanency of contract (permanent/temporary), by usual hours worked (full-time/part-time) and by the reasons for part-time employment) were higher in 2017 than in the years preceding the financial crisis. Six out of seven of these categories reported higher rates of financial insecurity (measured by the ability to afford an unexpected expense) in the same year relative to a decade before.

In our working paper we also demonstrate that when a breakdown by age is possible, the data show that the prevalence of most types of precarious work are significantly higher for young workers. Strong GDP growth over several years contrasts starkly with the slow pace of improvement in labour market conditions for this group, which of course translates to quality of life improvements.