The End of Austerity? 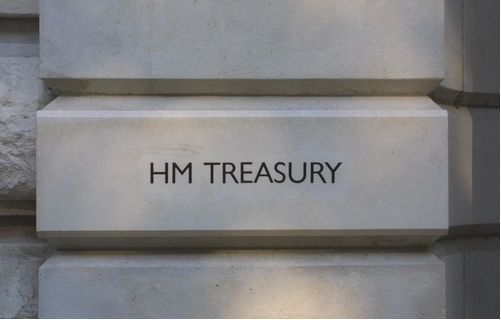 The UK Budget for 2019/20 will be unveiled later today by Chancellor of the Exchequer Philip Hammond. While nearly all recent discussion and debate at Westminster has been consumed by Brexit, the political context for this budget is quite different.

Obviously, it will be almost impossible to avoid the issue of Brexit completely. The forecasts for economic growth and the public finances will be determined, in large part, by the assumptions made about the UK’s exit from the EU. It is also likely that the Chancellor will announce some measures to ‘Brexit-proof’ the economy, though it is hard to imagine how any such announcements would be anything other than symbolic at this stage.

It was announced at the Conservative Party Conference last month that the political context for this Budget would be ‘the end of austerity’. The Prime Minister, Theresa May, told the country that "their hard work has paid off" and "the end is in sight”. It was implied that if we could only get Brexit over the line, all the pain would end. It was a curious announcement for a number of reasons.

Firstly, ending austerity this year would seem to contradict the Chancellor’s stated plan to ‘balance the books’ by the mid-2020s. The Institute for Fiscal Studies pointed out that unless taxes were to rise by some £19bn by 2022/23, then only increased borrowing could accommodate this change of policy. Secondly, it is not clear whether the end of austerity would mean an end to all cuts. £19bn is the figure that would be required just to avoid further cuts in departmental expenditure. There are a further £7bn cuts already pencilled in for welfare.

Whether or not the UK government actually achieves an end to cuts in public expenditure or not, the idea that austerity will end is a myth. This is because the scale of cuts that have been imposed since 2010 means that public services, wages and growth more generally will be living with the effects of austerity for many years to come.

The Chart below shows how day to day spending on public services in Northern Ireland has evolved since 2010. On current spending plans, day to day spending will have decreased to £9.5bn in real terms by 2019/20. Even if austerity ended this April, we would still be £600m below where we were in 2010. If it continues for one more year it will be almost £1bn less.

Capital spending, on infrastructure such as road, rails, schools and hospitals fares only marginally better. It saw some of the steepest declines during the last parliament. Despite a significant projected increase over the next three years, capital spending is set to be 17% lower in 2019/20 than it was in 2009/10. In cash terms, capital expenditure will be £240m lower annually by 2019/20.

However, none of this money deals with welfare payments. That money comes from another government funding mechanism (Annually Managed Expenditure), over which any Northern Ireland Executive would have very little control. Working age benefits have seen some of the largest cuts, particularly over the last number of years, and there are no current plans to end this. The introduction of Universal Credit could lead to thousands of families losing out on payments and the full extent of this may only be clear once the roll out in Northern Ireland is complete. However, the biggest cuts to welfare has come from the freezing of all working-age benefits. This is forecast to cut £5bn from working-age benefits by 2019/20.

The scale of austerity is vast and it would take a significant and extensive change in policy to just stop it in its tracks. However, just stopping austerity doesn’t get rid of it. Think about it this way, over the last 8 years the UK government has dug itself into a hole, at the very least all it is planning to do in this budget is to stop digging. There is no suggestion that they have any plan to get out of the hole.

While the budget deficit has been brought down, the economic cost of these policies has been a lost decade of growth. Productivity and business investment are down and public services like health and education are in a state of almost permanent crisis. Nowhere has the impact of austerity been more evident than in the great income squeeze.

The above chart shows the percentage change in full-time hourly earnings since 2010 adjusted for CPI inflation. Apart from a period of very low inflation in 2015 and 2016, wages been held behind prices. Wages in 2017 were still 0.5% below where they were in 2010, and this does not look at specific cases such as the public sector where increases have been limited to 1% through most of those years.

The end of austerity would be welcome, but it is unlikely to be delivered in this budget. Furthermore, the more important task reversing austerity is not even on the agenda. Without such a change of policy, any real economic recovery will be painfully and needlessly slow.