Interest rates have been making the headlines in recent weeks, as speculation mounts about a possible change in policy this Thursday. In the UK the Bank of England base rate has been at an all-time low for almost 10 years. Monetary policy has been very loose since the Great Financial Crash of 2008, not only in the UK but around the world.

Low interest rates were also supplemented by a process of Quantitative Easing designed to free up even more money in the system by allowing central bank purchase less risky assets such as bonds.

The Eurozone economy, which is now judged to be on the mend and heading toward more sustained growth, has been a beneficiary of this policy. Most economists attribute the turnaround in the Eurozone’s fortunes to the actions of Mario Draghi when he became President of the European Central Bank in 2011. He pledged to do ‘whatever it takes’ to rescue the Euro currency and it is thought that such a commitment put a floor on the Eurozone crisis and allowed recovery to take hold.

In the US, low rates and QE began with Ben Bernanke and were continued by his successor Janet Yellen who has been loath to tighten monetary policy even in the face of what has arguably been a more robust recovery.

As the global economy has begun to recover, some have argued that the time has now come to return monetary policy to normal and begin raising rates. This is not only to appease fretting pensioners, it is also necessary to ensure that when the next recession comes, and it will, that there is room to cut.

This has led to significant pressure on Ms Yellen over recent months and it is likely that her imminent replacement will be quizzed by Congress on how quickly he or she will begin the process of raising rates. In Europe Mr Draghi is under even more pressure from the inflation-averse German Bundesbank to begin unwinding QE and eventually lift rates.

As both of these economies are considered to have weathered the economic storm, the pressure for a move on rates is somewhat understandable. That a clamour to raise rates in the UK has been gathering a pace is a rather more curious affair.

In the aftermath of the Brexit result, Governor of the Bank of England Mark Carney’s first action was to cut rates in order to stabilise the economy. Why in the midst of the current Brexit uncertainty would the Bank of England see fit to raise interest rates?

In the classic inflation scenario, too much money is chasing after a limited amount of goods and this pushes up prices. Raising interest rates makes it harder for people to borrow and makes it more attractive to save thereby taking money out of the system and easing the pressure on prices.

However, this current bout of inflation is not linked to a consumer splurge. It is directly related to the fall in the value of Sterling which by this time last year had lost as much as 16% of its value and is at present still 12% below its pre-Brexit value.

Raising rates in order to tackle an exchange rate induced bout of inflation would seem quite misguided. Raising rates will lead to a contraction in economic activity as money is taken out of the economy. It would only therefore be sensible to raise rates if there were signs that the economy might be overheating now or in the near future.

Last week’s GDP figures showed that the UK economy grew 0.4% in the third quarter of this year. There was much excitement surrounding this release as it was a full 0.1% higher than most forecaster’s expectations. However, all things are relative.

The third quarter results only look good because they beat expectations. If you look back at quarterly growth in the two years prior to Brexit, 0.4% is nothing to become excited about.

Wages don’t support the overheating theory either. Pay packets were beginning to recover slowly following a protracted slump in the wake of the 2008 crash and had started to edge ahead of inflation. That is until Brexit came along. Data released last week showed that full-time wages in Northern Ireland fell by 1% last year when adjusted for inflation.

If the economy is on such a shaky footing, why then would anyone what to raise rates and risk toppling everything over?

There is another school of thought about the impact of pro-longed low rates. Some people believe that, as with all cures, it is necessary to ensure that the patient does not become hooked. It is argued that certain businesses are merely being kept alive on cheap credit and that this is pulling down productivity by preventing the restoration of the natural order in the business cycle.

There is a lot of merit in this proposition. Ultra-low interest rates are a stabilisation mechanism not a tool for growth. If anything, the current predicament shows the limits of what monetary policy can do.

Developed economies are crying out for infrastructure investment and the challenges of climate change are too complex to be left to market forces. Government action is needed to lift the economy towards it potential and safeguard it against future shocks.

Raising interest rates next month would therefore be a mistake. The Brexit negotiations are providing too much uncertainty and the current UK government shows no signs of using fiscal policy to drive growth in the medium term. Raising rates now might be the straw that breaks the camel’s back.

This article appeared in the Belfast Telegraph on Tuesday 31 October 2017. 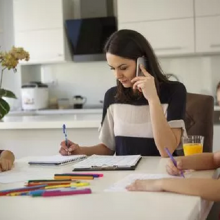 As businesses begin to reopen and workers are called back to… 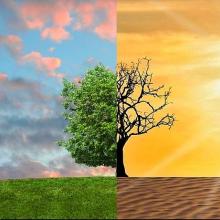 Global emissions are falling, for the first time in over a… 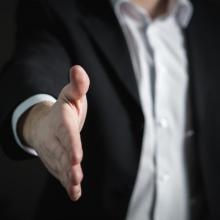 A route to higher wages in Northern Ireland?

The Covid-19 pandemic has changed the…

Unlocking the economy: a slow and…

Predictions that the global economy is entering its worst…