Women's livelihoods must not be sacrificed after lockdown

In this weeks blog Dr Lisa Wilson looks at the impact of lockdown, and in particular the impact on women's labour market participation. She calls on Government to do more to ensure that more women are not forced to leave the labour market owing to a lack of access to childcare. 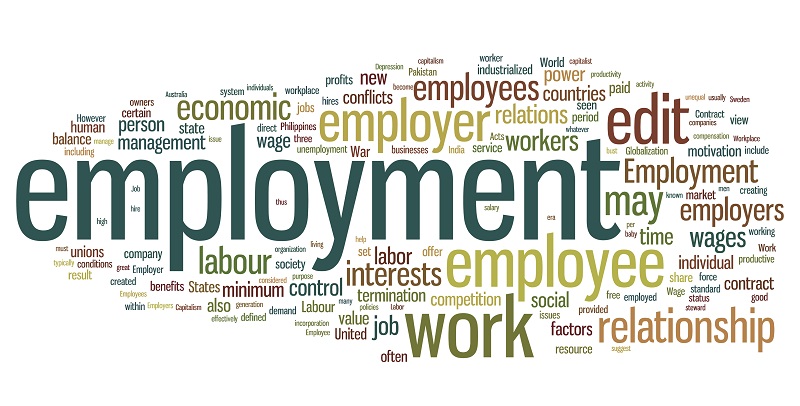 The lockdown, put into place back in March in efforts to get the Covid-19 pandemic under control, effectively shut down a number of sectors of our economy and led to enormous and sudden changes in the way in which work was carried across the parts of the economy which were allowed to remain open.

As Governments across the world were putting into place such restrictions, they knew all too well of the profound impact which this lockdown would have on the economy and people’s livelihoods. It is for this very reason that the UK Government put into place policy interventions such as, for example, the job retention scheme, stimulus grants and loans for businesses, VAT reductions and rates relief for businesses and increases to state benefits such as statutory sick pay. In this sense, the purpose of such policies was to prevent a catastrophic economic collapse and stabilise the economy in the hope that such intervention would stomach the economic shock and maintain resilience in the economy as it emerged out of lockdown.

That being said, whilst the Government did know that the lockdown would negatively impact on the economy what they did not know was just how severe that impact would be. And in truth, we still do not. It is only now, that as we emerge out of lockdown and reopen our economy and data start to feed through, that we will get a true sense of its full economic consequences. And really, we will only be able to fully get to grips with the economic consequences of lockdown with time. Some sectors remain unable to open at all, whilst others are unable to operate as normal due to on-going public health restrictions.

This last week has seen the first full quarter of official labour market data released which covers the full lockdown period. This data offers one of the first opportunities to analyse the impact of lockdown.

At first glance, this data paints a remarkably buoyant picture of our labour market that initially is somewhat of a struggle to understand. Indeed, had one been living under a rock for the year to date and knew nothing of the Covid-19 crisis nor our economic lockdown and emerged just in time for NISRA’s latest labour market data release they might be fooled into thinking that it is business as usual.

For example, the headline unemployment figure at 2.5% continues the medium-term trend of Northern Ireland’s unemployment figures remaining below that of the United Kingdom as a whole and having some of the lowest rates since records began. In addition, when we look to the other headline figures a similarly unexpectedly optimistic picture emerges. That is, whilst the employment rate decreased by 0.5% and the economic inactivity rate increased by 0.6%, over the quarter to June, it is no-where near to the scale that we may have anticipated given that we effectively shut down our economy for the period for which the data covers.

The answer, of course, is no. Rather than the data showing us that the lockdown did not impact on the labour market, the data are showing us the impact of successful Government policy interventions. In particular, the relatively small employment falls show just how important the Coronavirus Job Retention Scheme has been in protecting jobs and preventing immediate job loss during this crisis.

Still though, looking behind the headline labour market data gives us some sense of the impact of lockdown and shows us that all is not rosy. For example, decreases in employment are not leading to increases in unemployment but rather increases in economic inactivity. This is particularly worrying because it could lead to people losing contact with the labour market and reductions in human capital. Furthermore, data on total hours worked shows a fall of 5.3 hours worked on average per week over the period March to May as compared to December to February. This reduction in hours means weekly wages will have fallen for many people who are still in employment and so living standards are likely to be taking a hit. What is more the latest data from NISRA show a sharp increase over the quarter in the claimant count and the number of confirmed and proposed redundancies as the full furlough scheme has drawn to a close and the flexi-furlough scheme takes its place.

A closer look at the data show us that the lockdown has not had a synonymous effect across all groups of workers in the labour market. Indeed, one of the most striking changes in the labour market over the quarter has been the significant increase in economic inactivity for women. There is now 7000 more women economically inactive than there was in the previous quarter, of which close to 60% want to work.

The fact that so many of those women who have become economically inactive want to work, but are not seeking employment and so are not classified as unemployed points to the likelihood of an underlying issue which is preventing women from being able to participate in the labour market. This underlying issue we know is childcare.

Back in May the NERI published a Research InBrief in which it warned that the misalignment between the reopening of many sectors of our economy whilst access to childcare remained so limited. This we argued was going to leave many mothers, who are most often the primary caregiver, with no option but to exit the labour market. The labour market data released last week now shows this prediction to be true.

If the furlough scheme can show us just how much Government interventions can do to support our economy and peoples lives, the lack of policy action on childcare shows the impact of a lack of or a hesitation to action can have.

One can only hope that the lesson to be learned is of the power of policy, rather than women’s livelihoods being once again written into history as the price worth paying.