In this week's blog, NERI economist Ciarán Nugent looks at data from the CSO's Survey on Income and Living Conditions (SILC) on deprivation in Ireland in 2019. 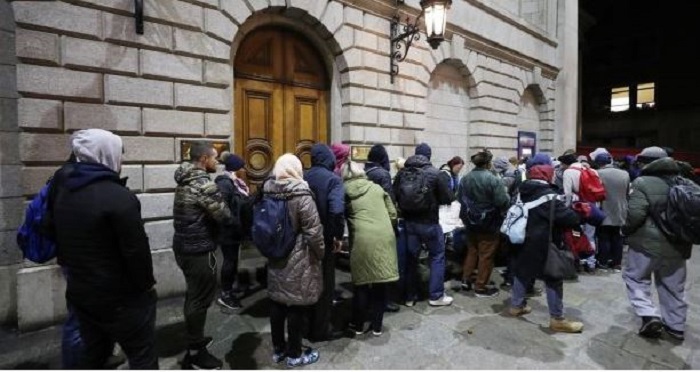 The Central Statistics Office (CSO) published data from the Survey on Income and Living Conditions (SILC) last week on enforced deprivation in Ireland in 2019.  The survey includes questions on whether individuals live in households that have difficulty meeting 11 everyday living expenses. These include new clothes, keeping the home adequately warm, a winter coat and going for a night out once a fortnight.

If you can’t afford two or more of these essentials, the CSO defines you as living in deprivation.

The share of Irish individuals living in households suffering from a lack of basic necessities had yet to recover from the impact of the financial crisis after ten years in 2018. The lowest share recorded by the CSO was 11.8 percent in 2007 (approximately 512,000 people at the time). Along with strong economic and employment growth over six consecutive years from 2012, it looked like we were getting there, with a rate of 15.1 percent in 2018 (about 733,000 people) down from 30.5 percent of the population in 2013 (approximately 1.4 million Irish residents).

At the same time, the share of Irish people unable to afford the basics actually grew by 2.7 percentage points to 17.8 percent (see NERI’s contribution to a recent episode of Reboot Republic on the topic).

In absolute terms, that constitutes an increase of 143,000 people (approximately equal to the entire population of County Wicklow) from 733,000 in 2018 to 876,000 a year later (in and around the population of Cavan, Donegal, Leitrim, Monaghan, Sligo, Mayo, Roscommon and Galway). The growth rate in deprivation was higher in 2019 than that recorded between 2010 and 2011 (1.9 pp’s) and 2011 and 2012 (2.5 pp’s) when the Irish economy was in freefall. The majority of the growth actually came from individuals suffering from three or more types of deprivation or ‘severe deprivation’, which increased from 9.9 to 12.0 percent in 2019, a very worrying development.

With employment increasing and unemployment decreasing, this is likely explained by deteriorating labour market conditions for some groups and wage inadequacy relative to housing costs, particularly in the private rental market. The NERI recently published a report with evidence of increasing forms of precarious employment for younger workers between 2018 and 2019, a disproportionate share of employment growth in low wage sectors and stagnant or declining wages in low skilled occupations. Indeed, the share of those who identify as ‘at work’ as their principle economic status in deprivation rose from 9.5 to 11.4 percent (an increase of 47,000 from 203,000 to 250,000). The ‘at work’ group grew by 57,000 between 2018 and 2019.

The 18-24 year old group have experienced the largest declines of any age group in their living standards since 2007. The share in deprivation was slightly lower than average in 2007 at 11.3 percent but almost double twelve years later at 20.1 percent. Approximately five more adults of working age out of every hundred were participating in the labour market at its peak in Q3 2007 (67.4 percent) than in the same quarter in 2018 (62.5 percent), mostly due to the decline in participation of Irish adults under 35. Both the participation rate and employment rate for this group was down significantly in 2019, even relative to 1999. Although the share of students in this group are up, the share of those students with part-time employment is way down.

On top of that, recent research published by the NERI has demonstrated that both part-time and temporary employment have become more precarious on average; shorter contracts, less hours and more underemployment (part-time workers who would like a full-time job but can’t find one or would like more hours).

It is already clear that the fallout of the Coronavirus on employment has disproportionately hit these younger adult groups in 2020 as well as low-skilled occupations, all of whom are more likely to be paying rent. The optimistic employment estimates (those who are ‘away from work’ but believe they’ll be back to work in three months are counted as employed) from the latest Labour Force Survey show a 31 percent drop for under 20’s, a 16.7 percent drop for 20-24 year olds and a 7.5 percent drop for under 25-34 year olds between Q1 and Q2 of this year. This compares to declines of between 1.3 and 4.5 percent for older cohorts, all of whom are much more likely to own their own homes.

Without significant government intervention, we are looking at a return to long-term unemployment, increasing homelessness and widespread general despair for younger Irish generations. This year’s budget should focus on addressing these gaps with a long-term plan to transition to a development model more akin to that found in Northern Europe.

The current model is unsustainable.